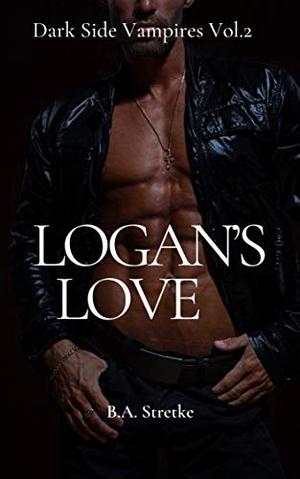 “Give him to me.” Logan snarled

Logan Brown is the bartender at the Dark Side Bar at St. Louis. He works for legendary vampire John Dyer, a dangerous kingpin with his finger on the pulse of everything that goes down in this old river city. Logan is much more than a bartender. He’s a soldier, a loyal friend, and a trusted right hand to the vampire leader. But to Ashton Webb, drug to the Dark Side Bar by his boss on his twenty-first birthday, all he sees is Logan Brown, the dead sexy bartender. Soon, Logan becomes the man who saved his life.

Ashton doesn’t have a lot of control over his life. He is constantly at odds with his boss, his coworkers, and even his parents. Part of him thinks life will never get better until he leaves St. Louis for good. That all changes that night at the Dark Side. Literally thrown into the arms of a handsome stranger bartender, his life is thrown off its axis. It’s a wild ride winning Ashton’s love and trust, but in the end, Logan is more than up to the challenge.

Everyone in this river city has secrets.
more
Amazon Other stores
Bookmark  Rate:

'Logan's Love: Dark Side Vampires Vol. 2' is tagged as:

The 'The Dark Side' series