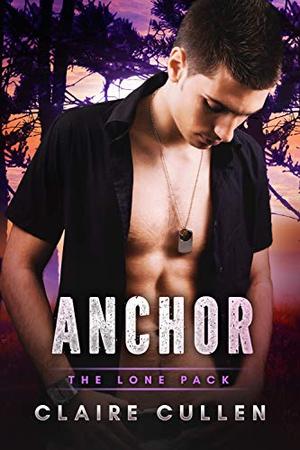 Both on the run from their pasts, Shane and Reece find themselves at the orchard. Was it chance that brought them there or were they called home?

Reece is too tangled up in the idea of who he’s running from to realize the truth about who he’s run to. The orchard is the perfect hiding place, and after escaping the military and his alpha team, he needs to keep his head down. But he can’t let go of the anger that’s dogged him for months, building up inside until he’s ready to explode.

Invited to the orchard to meet Hawk’s pack, Shane jumps at the chance to escape the trouble he’s in. They want him to stay, but there’s not enough to keep him there. Until Reece arrives. When the omega avoids him, Shane assumes it’s fear that makes him keep his distance. But he catches the look in Reece’s eyes and sees the truth—it’s rage that’s eating Reece up inside. Shane knows a little something about anger and how to tame it. He can’t watch Reece burn from the inside out, so he extends a helping hand.

Reece tries to hide his struggles, but Shane somehow sees right through his facade. The alpha offers to help and, in desperation, Reece accepts. But past the anger, simmering beneath the surface, he can feel his and Shane’s compatibility. It's easy to tangle their lives together, but it might not be so easy to unravel them when the time comes to go their separate ways.

Anchor is the second book of the Lone Pack series. It contains mpreg, some mature themes, and scenes not suitable for readers under the age of eighteen.
more
Amazon Other stores
Bookmark  Rate:

'Anchor' is tagged as:

The 'The Lone Pack' series

All books by Claire Cullen  ❯

Buy 'Anchor' from the following stores: