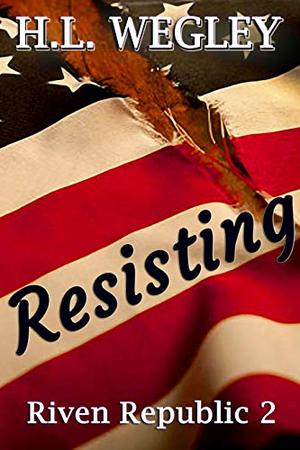 Civil War Has Begun And A Band Of Patriots Takes On The President In A Battle For The Soul Of America
Colonel David Craig, a highly decorated Ranger Commander, took charge of the Central Oregon Militia to protect the people he knows who live there. As a young officer, Craig led his men into a devastating ambush that still haunts him.
When Governor Sandra Harper, flips Oregon from blue to red, she draws the ire of leftist president, Wendell Walker. Craig must form an alliance with Governor Harper to defend Oregon, because the stakes have gone much higher.
President Walker will try to eradicate the resistance in Oregon and make a statement to the dissolving nation that no one can oppose Wendell Walker and survive.
Can Craig protect the Oregonians who have become family to him, including Susan O'Connell, the kind of woman he's looked for but never found? Or will he fail again, trapping a Congressional Medal of Honor between the bungled bookends of his career?
For his assault on Oregon, can Wendell Walker assemble a large, loyal army from a dividing military? When the battle for Oregon ends, will anyone still be Resisting?
Resisting, book 2 of the Riven Republic Series, set in Oregon and DC, features a supporting cast comprising several dynamic characters who starred in H. L. Wegley’s previous novels.
more
Amazon Other stores
Bookmark  Rate:

'Resisting' is tagged as:

All books by H.L. Wegley  ❯

Buy 'Resisting' from the following stores: