A Long Way Back (Unfinished Business #2) 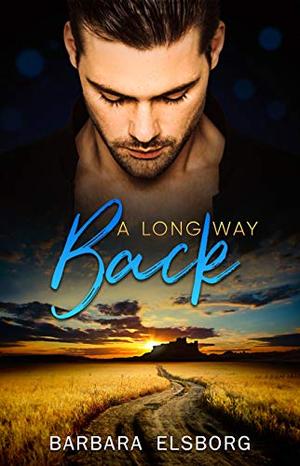 A serious accident may have left Tay’s body broken, but he’s determined to live an independent life at any cost. Except he’s barely coping. Alone and isolated in London, his only solace comes from the pain numbing drugs he’s become addicted to.

Ink’s on the run. He keeps his head low, but London streets don’t feel safe. The only way to stay under the radar is to keep moving and not let anyone or anything get close. But the stray mutt that’s latched onto Ink has other ideas.

A chance encounter and Ink’s bungled attempt to free himself from his four-legged companion leads to the offer of a job as a live-in helper. Tay’s moody and difficult, but he’s also scared and vulnerable, and Ink finds himself saying yes when he should be saying no.

Can Tay and Ink find a clear path on the road towards true love? Or will their broken lives prove to be one roadblock too many?

This is the second book in the Unfinished Business series but can be read as a standalone.

This story has dark elements and possible triggers for some—bullying, death of a minor, violence, terrorism and drug addiction.
more
Amazon Other stores
Bookmark  Rate:

'A Long Way Back' is tagged as:

Similar books to 'A Long Way Back'

Buy 'A Long Way Back' from the following stores: