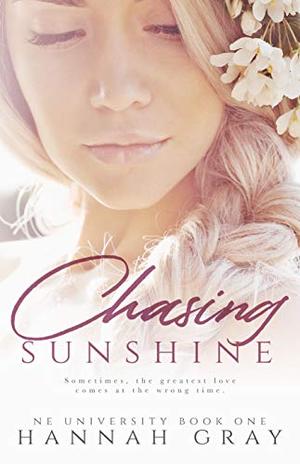 For Trent Kade, it’s pretty simple. Get drafted into the NFL and escape the shadow of his spiteful father. Eyes forward, no distractions. That is, until Cameran Steele crashes into his life, and suddenly, all of those self-made rules get thrown out the window after one look into her sad blue eyes. He knows she’s running from something, and he wants to be her escape. But what happens when the one who might be his exception pushes him away?

Cameran Steele has experienced her fair share of tragedy and heartache. When she lost her parents at the age of seventeen, she thought it couldn’t get much worse. Boy, was she wrong. After escaping her own personal hell four years later, she finds herself at New England University, eager for a fresh start. Her eyes are on the prize—graduation and a better life for herself. Nothing can get in her way. But when a cocky and persistent football player sets his eyes on her, she struggles not to give in. She knows he’s the one without a doubt in her mind. But sometimes, even the right one comes along at the wrong time.
more
Amazon Other stores
Bookmark  Rate:

'Chasing Sunshine: A New Adult Sports Romance' is tagged as:

All books by Hannah Gray  ❯