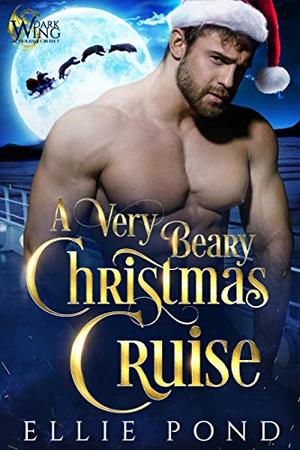 Sail away with a holiday shifter romance…

After months of drowning in magical junk mail from the Dark Wing cruise ship, Michele Strickland has broken down and booked herself a solo cruise. Though she’s completely dedicated to her coven, she can’t wait to get away for Christmas and steer clear of her happily mated friends and family.

Granger’s hoping his carpenter contract gig on the Dark Wing will turn into a full-time job. Ex-soldier and bear shifter, he is raising a daughter, with a little help from his brother. He’s not willing to mate, ever. After Granger lost both of his parents; first his mother in a freak accident and then his father to the shifter widow illness—he made an oath to never mate. He’s not willing to risk a mating that might leave his little girl alone.

Michele has lived most of her life knowing she’s prophesied to be a sacrifice for her coven. Knowing she’s destined for an early death, she’s been saving money for her dad and living with a string of one or two-night stands—no mate for her. No use planning a future if she doesn’t have one.

Fate has brought them together; so they decide to enjoy the time they have together on the cruise before going their separate ways. No harm no foul, right? A sexy and heartwarming story about love, family and dedication; a perfect mix (or cocktail) for the holidays!

This is book one in a standalone series; a full length steamy read. Cuddle up and sail away for Christmas. HEA and no cliffhanger!
more
Amazon Other stores
Bookmark  Rate:

All books by Ellie Pond  ❯