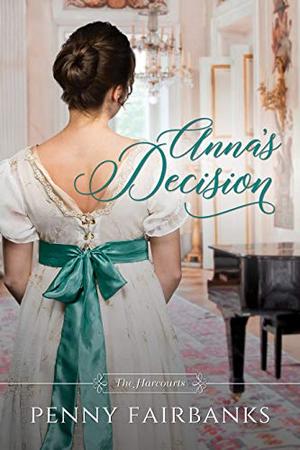 She’s about to become a spinster after three years of trying and failing to find love.

He needs to save his family from a mistake he didn’t make.

Will they be able to rescue each other?

Miss Anna Harcourt is unlucky in love. She hasn’t been able to catch any man’s eye, dooming her to a future as the lonely maiden aunt.

Why keep putting herself through the misery of being invisible among all the many beautiful, interesting ladies that flock to London every Season? Just when Anna is about to accept spinsterhood, her brother convinces her to give London one more chance.

Much to Anna’s shock, she immediately finds herself courted by not one but two gentlemen! Her attempts at faking confidence must be working. But how long can she keep up this act for before she’s discovered?

Mr. Noah Waynford has never been one to rush anything—especially not love. When his father reveals some devastating news that threatens their whole family and future, Noah must put his desire to fall in love aside.

He needs to marry, and marry well, if he has any hope of saving his family from ruin. Luckily for Noah, he hears a rumor about a lady with a large dowry who needs to get married by the end of the Season.

Can Anna finally find someone to love her for who she is?

Will Noah’s motives cause him to risk his chance at love?

They just might be each other’s answer.
more
Amazon Other stores
Bookmark  Rate:

'Anna's Decision: A Regency Romance' is tagged as:

The 'The Harcourts' series

All books by Penny Fairbanks  ❯

Buy 'Anna's Decision: A Regency Romance' from the following stores: