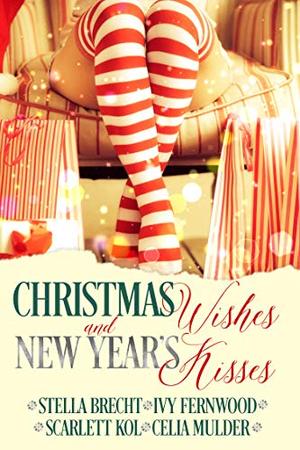 From sweet Christmas wishes to sizzling New Year’s kisses, these four festive romances will be sure to warm hearts this holiday season.

A Christmas Mulligan by Stella Brecht

Ginny Wellner never expected a trip to a golf course to change her life. Greg Hix always expected it would change his. Neither of them expected each other. When fate places them in the same small mountain town at Christmas, they just might get the mulligan they both deserve.


Snowmen and Shenanigans by Ivy Fernwood

Emery’s sole focus this Christmas is beating her nemesis at the annual Jack Frost Festival. After a run-in with Finn O’Shea, the handsome carpenter, she’s in danger of losing more than just the trophy.


The Mistletoe Mistake by Scarlett Kol

When Holly Brighton kisses a handsome stranger under the mistletoe, she never expected that he would turn out to be her new boss. Now with changes happening at her office she struggles to keep from losing her job, but with this new guy in town, she might lose her heart first.

Mio’s one wish has always been to get a big, romantic, midnight kiss on New Year’s Eve. When his former best friend and unrequited crush Elliot comes back to town, Mio might just get his wish.
more
Amazon Other stores
Bookmark  Rate: