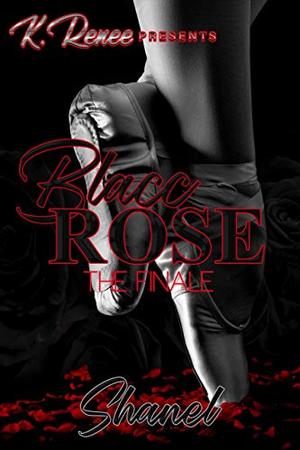 When it rains, it pours. Rose has lost the one thing she didn't even think she wanted, and there is nothing she can do about it. When she realizes that her life is nothing but heartache and stress, she pushes Yamir away. He deserves so much more than what she can give him, and she knows it. Lorenzo has ruined her, causing her to see herself as less than nothing. Fighting to keep herself from going under, she isolates and decides to work on herself, but that means having to let Yamir go for good.

He doesn't want to leave, but he can't force himself onto her. When Rose makes it clear that she doesn't want anything to do with him anymore, Yamir walks away. Missing her like crazy, he tries to move on, but there is just none quite like her. On a chance encounter, that realization is only heightened when he looks into her eyes. Throwing caution to the wind, he gives it one last shot with her and scores. Knowing that Rose is the only one for him, he refuses to let her go this time, no matter what comes their way.

Rose thinks she has a handle on her life, but things could never be that easy. When the devil in her life comes back sooner than she expected, she is faced with making a split second decision that could change the course of the rest of her life. She has to find a strength that she didn't know she had and protect the ones she loves, as well as herself.

That decision puts her in a position that she never thought she would have to take on, but with no regrets, she keeps her head held high and waits for the outcome. In the midst of it all, more news hits her and Yamir. Knowing what the end could bring, they cling to one another in desperation and love, praying that in the end, they would finally get the happily ever after that they had been longing for.

'Blacc Rose: The Finale' is tagged as:

Buy 'Blacc Rose: The Finale' from the following stores: