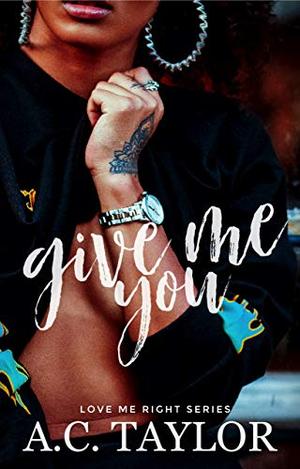 Kaine had one job...sex Nikki like crazy and make her forget about all of the drama with her ex. Okay…maybe he had two. Bottom line, he was supposed to give her what she needed with no strings attached. That meant no feelings, no expectations, and most importantly, no surprises. But somehow, he failed at that last part. Something so simple quickly turned into something way too complicated. The line between friends had been crossed, and the unexpected was staring them right in the face…a positive pregnancy test.

Now what? Feelings were involved, expectations were way too high, and Kaine was changing right before Nikki’s eyes. Suddenly, the man she’d known for years was trying to hang up his playboy hat. But the problem wasn’t that he was trying to turn over a new leaf, it was what he was asking for along the way. He wanted the one thing that Nikki didn’t know how to give. He wanted her…all of her.

What happens when an unexpected pregnancy brings hidden feelings to the surface? Will Nikki be able to swallow her pride and let love win? Or will Kaine show his true colors and prove that he hasn’t changed one bit?
more
Amazon Other stores
Bookmark  Rate:

'Give Me You' is tagged as:

Similar books to 'Give Me You'

Buy 'Give Me You' from the following stores: