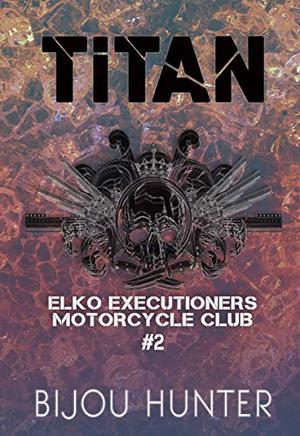 Anders Van Der Haas has known only pain in his life. Years ago, he got a fresh start when he joined the Elko Executioners MC. But his heart remained hollow until he met a strange woman living in the even stranger cult in his new hometown.

Pixie Yabo doesn’t know to fear a man like the huge biker. She grew up in a world outside of the norm. With Anders, she sees only possibilities.

Yet their budding relationship has put a target on Pixie’s family and set the stage for a war between her cult and his club. Can a man steeped in pain and a woman dripping with eccentricities find happiness together without destroying everyone they love?

Titan is the second book in the Elko Executioners Motorcycle Club (EEMC) series and contains graphic sexual content, violent situations, harsh language, and drug use. The book is only appropriate for adult readers age 18+.
more
Amazon Other stores
Bookmark  Rate:

'Titan' is tagged as:

All books by Bijou Hunter  ❯

Buy 'Titan' from the following stores: