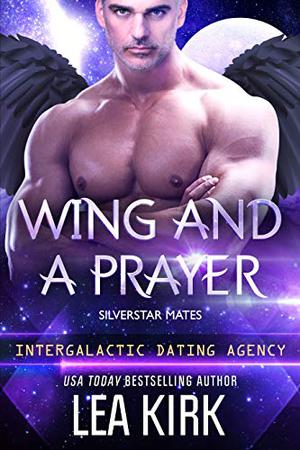 Karma has been known to backfire.

No one messes with the happiness of Meryl Faulkner’s best friend, especially a certain sexy winged alien. What better revenge is there than to secretly submit his name to the Silverstar Agency? Until she finds herself matched with him!

Trapped by his own good intentions.

If Rol Raptorclaw had just minded his own nest, he would not be stuck on Earth to honor a contract he never signed. A mate is just a distraction from his service to his monarch. Except, now one cantankerous human female has him rethinking his life-long bachelorhood.

Meryl is determined to fight the attraction. Can Rol make her see he is not just another conquest?

Welcome to the Silverstar Agency, specializing in intergalactic love matches for those over fifty.
more
Amazon Other stores
Bookmark  Rate:

'Wing and a Prayer: Silverstar Mates (Intergalactic Dating Agency)' is tagged as: