The Cinderella Secret (The Deveraux Legacy #2) 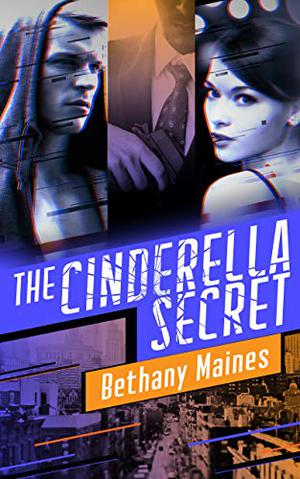 Aiden Deveraux has secrets. His secrets could get her killed.
Aiden Deveraux is a hot-shot lawyer with a Prince Charming reputation and a secret identity. Even his wealthy family is unaware of his alter-ego—the lucha libre mask wearing street-fighter, Number Nine. But when his family's company is threatened, Aiden faces his toughest opponent yet, the brilliant and gorgeous Ella Zhao. But Ella has secrets of her own. Six years ago she escaped from Mexico with the help of the mysterious Number Nine and now she's in New York to bring down the people to blame for her father's death—the Deveraux family. But when Aiden and Ella square off in court they realize that they might not be the strangers they thought. As their attraction grows, Aiden and Ella become convinced that someone else is responsible for her father’s death and that person is very much alive and well. As Aiden and Ella scramble to uncover the past that no one, including their own families, wants revealed they find themselves running from a murderer who knows the Deveraux and Zhao all too well. With their hearts, lives, and millions of dollars on the line, Aiden and Ella may have to trust each other with their secrets if they want to survive.

'The Cinderella Secret' is tagged as:

The 'The Deveraux Legacy' series

Similar books to 'The Cinderella Secret'

All books by Bethany Maines  ❯

Buy 'The Cinderella Secret' from the following stores: