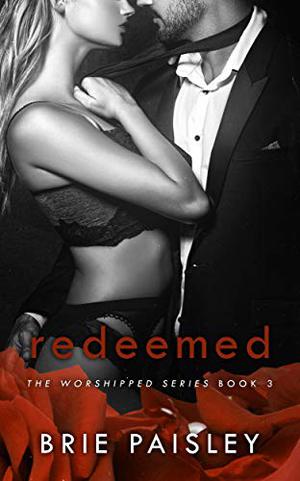 
I’ve lived in total darkness for as long as I can remember. A dangerous place where pain, love, not even remorse was felt.
My world was filled with blood and death until the day I met Karen. Little by little she showed me the way out of that darkness, into her light.


She was everything I needed and craved. I learned to fight my darkness, wanted the good side of me to win, until old and new enemies threaten to take away everything and everyone I care about.


Darkness is winning and I fear the only one that can redeem me is the one I’ll end up hurting more than I thought possible.


Karen can save me, only if she beats the dark beast inside of me.


Control is the one thing I understand the most. It’s the one thing I’ve depended on to keep my fragile heart safe. That was my life until Jason changed everything.
He opened up a side of me I thought had disappeared long ago, and the control I needed for so long doesn’t seem so appealing.


There’s a void, a hole left inside me now that Jason’s not by my side.


I know his demons. I know his dark beast that dwells within him waiting to takeover completely. I’ve seen it, felt it, and when the monster breaks free, I fear for everyone I love.


He thinks I can save him, but in the end, he’s the only one that can redeem himself.


This is the final book of the Worshipped Series and is not intended to be read as standalones.*
more
Amazon Other stores
Bookmark  Rate:

'Redeemed' is tagged as:

All books by Brie Paisley  ❯

Buy 'Redeemed' from the following stores: