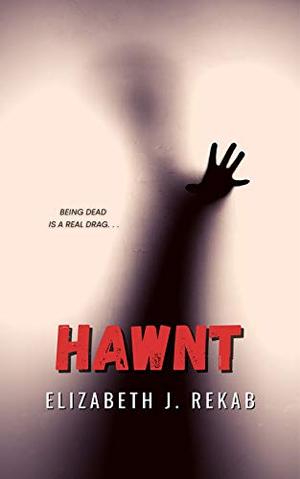 "Being dead is a real drag."
​
That’s what Eugene Hawnt keeps telling himself while he stares out the window of the room he died in, unable to move on. He’s forced to watch his parents mourn him over and over while being able to do diddly squat to alert them to his presence. He can't even pick up his beloved comic books for entertainment. So much for ‘things that go bump in the night’.

​Just when he thinks death can’t get worse, his parents sell the house to a new family, and leave for a new life without him. Thankfully, the homebuyers' teen daughter, Marti, is a medium who can communicate with Eugene. Once he gets a taste of the interaction he’d lacked for the past two years, he can’t remember what his undead life was like before. But Marti also harbors a dark secret. After her miraculous recovery from heart surgery, a sinister presence became attached to her, and it wants blood. Eugene sets out to do what any self-respecting ghost should; learn how to fight back before it's too late to save the love of his afterlife.
more
Amazon Other stores
Bookmark  Rate:

Buy 'Hawnt' from the following stores: