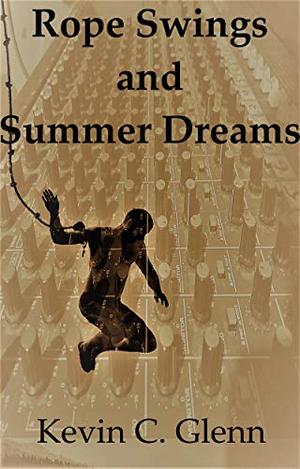 As a prequel to The Stars of Everywhere, Rope Swings and Summer Dreams follows the adventures and misadventures of Josh Donovan and his band in the years before he became a well-known music producer and hit-maker.
It’s 1986, and Josh is moving away from home for the first time with his buddies in their rock band, Fireshack. They have no money and no clue what they’re doing, and face all sorts of setbacks and let downs before they catch an unlikely (and somewhat humorous) break that makes it to the news. They play it for all it’s worth, and come oh-so-close to actually making it in the big time, but the band is under a lot of pressure from within and without. Dirt poor, they struggle to make ends meet and still pursue their dreams of stardom.
For those who have read Kevin Glenn’s previous title, The Stars of Everywhere, you’ll get to see how Josh and Tasha met and how their love came to be. Rope Swings and Summer Dreams follows Josh’s struggles and triumphs from the first glimmering of hope, to the pits of failure and despair and then on to the luckiest of all breaks that not even he would have ever imagined.
more
Amazon Other stores
Bookmark  Rate:

'Rope Swings and Summer Dreams' is tagged as:

Buy 'Rope Swings and Summer Dreams' from the following stores: