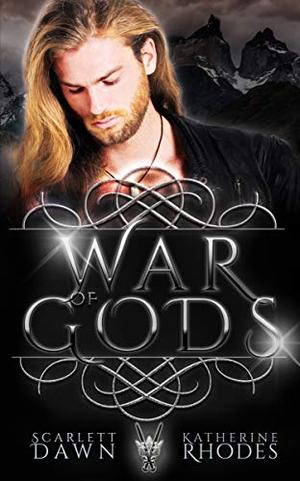 Reunion. Revenge. Revelation.
The bestselling VAMPIRE CROWN series brings us back to earth in War of Gods, where Queen Gwynnore and Breaker Kimber are tested as they’ve never been before. Battles in foreign lands reach new heights of depravity and tear hearts apart in this fast-paced installment fans don’t want to miss.

Vengeance is foolhardy.
War has erupted worldwide, and the humans—the vampires' foes —are just as reprehensible as the vampires and druids imagined. Bloodshed follows in Queen Gwynnore’s wake as she fights the enemy in their quest for revenge.

Vengeance is familiar.
Breaker Kimber is tossed from one war to another, now in the peculiar Earth realm. Caught between her men and duty, Kimber’s heart is shattered when disaster strikes.

Vengeance isn’t reserved for foolhardy youth.
To the damned, vengeance is a familiar hug in the darkness.

Similar books to 'War of Gods'

Chosen One
Chosen One
All books by Scarlett Dawn  ❯

Buy 'War of Gods' from the following stores: