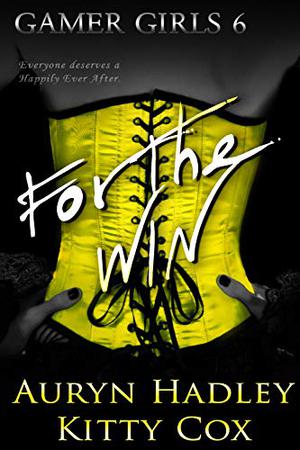 When you have nothing else to lose, you have everything to gain.

Rhaven grew up hiding behind the keys of a computer or the controller of a console. It was easier than trying to face the real world. Out there, she was a lie. Out there, people called her Ethan and assumed she was a man.

Because that was what her birth certificate said. Unfortunately, she could only be her real self online and at the gamer events she was so addicted to. Around her hometown, people just assumed she was a typical little gay man – not that they were ok with that either.

So it was safer to hide. Easier, too.

Then the man of her dreams decides to drop in for a casual visit, and she doesn't know what to do. Meeting with him means letting him see the version of herself that she's always hated. She could tell him no, but she really doesn't want to. After all, this guy is perfect.

He says he doesn't care, but everyone does.
He says he understands, but how can he?
He says he wants to fall in love, but those types of stories never feature people like her – until now.


The Gamer Girls series features strong women and the men who love them. Knowledge about gaming and/or gamer culture is not necessary to enjoy this story. Graphic language and situations that are suitable for a mature audience are included. GAME OVER is a standalone novel which moves forward a larger story.

'For The Win' is tagged as:

Similar books to 'For The Win'

Game Over
Game Over
(Gamer Girls #7)

Buy 'For The Win' from the following stores: