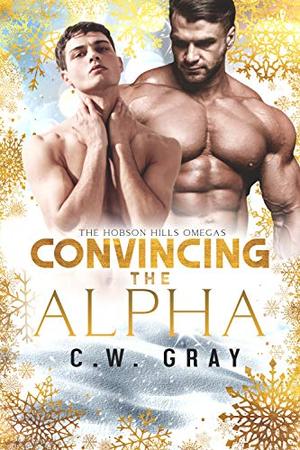 Injured in the army over three years ago, Noah Wilson walked away with his life, but lost his hearing. It's taken him years and the support of his family and friends to adapt to a new normal. While he's content with his life, his family keeps hoping he'll settle down with a nice omega or maybe just, you know, leave his ranch occasionally. Personally, he just wants to park his introverted butt at home and spend time with his horses.

After seeing so many of his friends and family fall in love and settle down, Noah starts to think maybe having someone might be worth the trouble of dating. Maybe.

As a former Marine, Zed Ames is an alpha that needs to take care of his loved ones. He practically raised his younger brother and dotes on his nieces. He even has a newly discovered half brother to get to know. What he doesn’t have is someone of his own to care for and adore. As his brothers keep telling him, he’s a big, old nuturer and needs a sweet omega to take care of. Whether he likes it or not.

The longer he's in Hobson Hills, the more he thinks maybe they're right. At least partly. When Zed meets Noah, he realizes that he doesn't need an omega, alpha, beta, or anyone else. What he needs is Noah, the man that fits perfectly with him. Now, Zed just needs to convince the other alpha that despite their pasts, self-doubts, and meddlesome families, they belong together.

Author's Note: Around 46,000 words. This is a m/m friends to lovers romance with no angst and no cheating, just a HEA. While the story takes place in the omegaverse, both main characters are alphas. There is still plenty of mpreg included in the story through the secondary characters. 18+ readers only, please. It is the eighth book in the series and should be read after book 7, The Alpha's Christmas Wish.
more
Bookmark Rate Book
Amazon Other stores

Similar books to 'Convincing the Alpha'

Buy 'Convincing the Alpha' from the following stores: