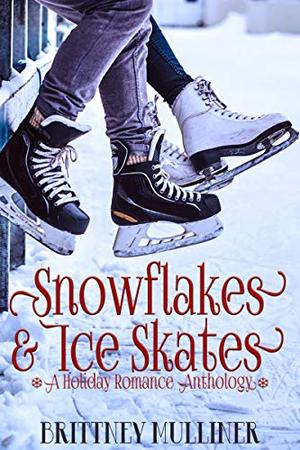 An Anthology of Three Holiday Romances

Christmas Breakaway - A Utah Fury Story
Lance Kirkpatric has a crush, but thanks to the reputation he never asked for no one takes him seriously. His plan is to prove to everyone he's not the shallow playboy they assume he is, and win over the woman he can't stop thinking about in time for the Fury's holiday party. One poinsettia centerpiece at a time.

A Christmas Offer
When Harlow comes home for Christmas, the last thing she wants is her teenage crush, Vince, hanging around the house like he's family instead of just her brother's best friend. But how can is she supposed to avoid him when Vince is the only one offering to take her to see the Christmas lights and help her make Peppermint bark?

Love at First Lift:
When an office crush has the potential to turn into something real, Taylor must be brave enough to make the first move if she wants a kiss on New Year's Eve. With the help of her clever coworker, they put together a last-minute party to ring in the New Year, giving Taylor the opportunity to make her move.

All books by Brittney Mulliner  ❯