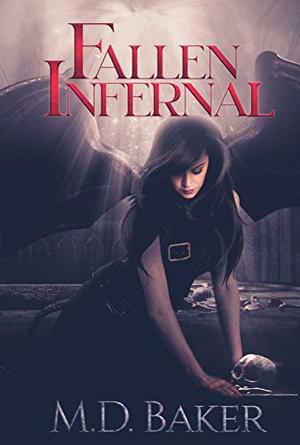 A powerful Infernal, trapped in the body of a Princess. The bounty hunter hired to shut her back in a cage. An ambitious sorceress willing to manipulate them both for her own purposes. . .

Cirrine was perfectly content biding her time, waiting for the right opportunity to secure her place in Hell until an unwelcome summons ruined everything. Stripped of her powers, she’s forced into the unthinkable: trusting her fate to a mortal.

After losing his family years ago, Hunter’s failure to avenge their deaths gnaws at him day after day. All he wanted was a few more coins to help drown out the painful memories. Tracking down a runaway Princess should’ve been easy money.

Lady Karoline is on the verge of finally achieving her life’s ambition. When her perfectly orchestrated plot is left in tatters, she’s forced to hire the one person who can salvage it for her. But the Infernal has a plan of her own, and it doesn’t include succumbing to Lady Karoline’s demands or falling for the man who’s charged with capturing her.

Thrown into an unlikely partnership, can Cirrine and Hunter escape Lady Karoline’s nefarious scheme? Or will their desperate gamble for freedom end in a crushing defeat?

'Fallen Infernal: A Dark Fantasy Paranormal Romance' is tagged as: