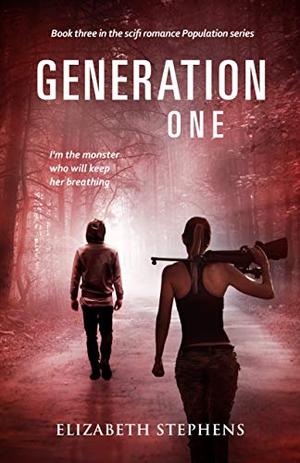 Tormented by ghosts of monsters, including the one I've become, Abel – the human queen – had no business doing what she did. Bringing me back from the dead. I'm alive now, but can you call it that? Trudging through hell alongside aliens with this band of survivors that thinks they'll rebuild civilization. We pick up stragglers along the way and I'm expected to fight to keep them alive, keep them safe. I don't know what that instinct even looks like, until I crash into her. Pia.

She fights her own battles – to keep her father alive – and to keep one worse than a scavenger, worse than a gang member, from taking her. But I've been through Population. I've seen its demons and swallowed them whole.

She looks at me like I'm her savior, like she doesn't see the scars on my face, hear the hiccup to my speech, or care about the things I've done. Even if she doesn't know better, I keep my distance. As we fight our way through Population, hoping to reach a safe place for us humans that are left, I don't need to be near to kill for her when ghosts from her past -- and mine -- come.

Generation 1 is book 3 in the Population series! An interracial, post-apocalyptic, SciFi romance, complete with HEA, this book can be read as a standalone, but may be better appreciated after reading Population and Saltlands. Trigger warnings for dark themes, moderately steamy sex and more than moderate violence. There is NO cheating, menage or love triangles and no degrading or demeaning forms of intimacy. Only savage warrior men worshipping their warrior queens.
more
Amazon Other stores
Bookmark Rate Book

All books by Elizabeth Stephens  ❯