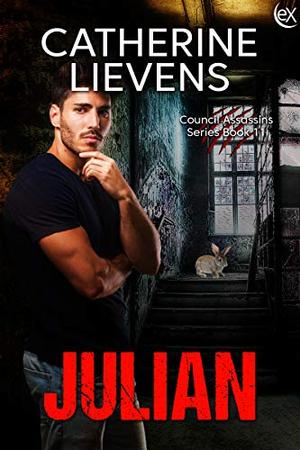 You don’t always have to fight alone.


Julian is on the run. He doesn’t know who’s after him, but he knows he’ll have to do something about it. The fact that he’s just met his mate makes everything more complicated, especially since Tali has known for much longer than he has and hasn’t told him.

Tali doesn’t want to have to choose between Julian and the council assassins. One is his mate, the other his family. Since Julian’s on the run, Tali knows he’ll end up leaving, and Tali won’t be able to go with him.

But maybe Julian doesn’t have to go. Maybe he can accept the assassins’ help and work with them to find out who’s hunting him and do something about it.

It’s either that or be killed, and Julian isn’t about to allow that to happen.
more
Amazon Other stores
Bookmark Rate Book

Buy 'Julian' from the following stores: