Blood of the Devil (The Hellish Ones #1) 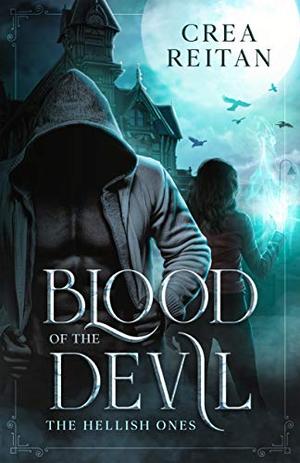 Seren has five husbands and an eight-year-old son. She lives a pretty cozy life with her family. They have a large house, a wonderful live-in Nanny for their boy, and jobs that more than pay the bills, affording them some luxuries. Life seems to be headed down the right path… until their son announces he’d like to write to Santa.
He creates an adorable video letter, but it isn’t Santa who responds. Apparently, their smart little man needs to work on arranging his letters in the proper order. Not only does Satan write back but he sends a whole slew of gifts, among them a hell hound and a demon horse - neither of which sit well with Seren’s wolf shifter husband.
It isn’t until her paranormal psychologist husband comes home and tells them a man calling himself Satan has become a new patient that Seren decides something is certainly going to hit the fan before too long.
In an avalanche of events, their pasts catch up with them in a hailstorm. They find themselves in Hell when angels attack, having decided that Satan has gotten too big for his britches. And when they fail in taking down Satan, they go calling on the families Satan has been experimenting on. Those that contain the blood of the devil – the Hellish Ones.
It isn’t long before the angels have blown a hole into Seren’s house. Her family is next on their die list. But it isn’t just the angels they face. The horrifying pasts of two of her husbands make a house call as well. They’re in for one Hellish week!
**This is a full-length, new adult, reverse harem, dark romance novel with a ‘why choose’ ending, meaning the main character gets a happily ever after with more than one man. It contains magic, demons, shifters, Satan, explicit sex scenes, blood, murder. There are references to past child abuse and trafficking. This is a MMFMM book with a STRONG focus on the whole polyamorous relationship.
more
Amazon Other stores
Bookmark Rate Book

The 'The Hellish Ones' series

Similar books to 'Blood of the Devil'

All books by Crea Reitan  ❯

Buy 'Blood of the Devil' from the following stores: