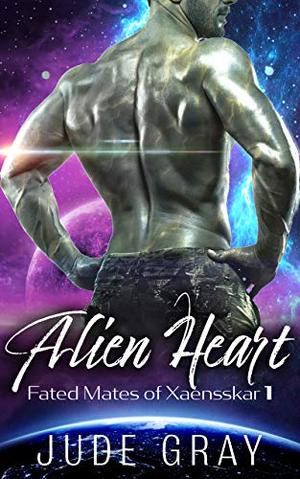 This is the first book in the Fated Mates of Xaensskar series.
*-*

Some aliens are so fierce that a girl can't see a heart in all the darkness...
not even when fate chooses one of them for her.

Forced to stand in the window of a sex shop to attract customers, Tempest is beginning to believe the worst thing that can happen to her is dying of sheer boredom.

Then she catches the attention of a type of alien she's never seen before. He's like a shadow, darker than the night sky, a silver sword at his side. But no matter how frightening he is, there's something so mysterious and intriguing about him that she can't get him out of her mind.

When she's sold once again, this time to a cruel, terrifying master, she doesn't believe she'll ever see the dark stranger again.

He plans to get her to safety, no strings attached.
But plans can go awry.
First, he'll have to take her from the cruel four-armed Khork who just bought her...
And Khorks aren't known to give up anything without a fight.
*-*

The 'Fated Mates of Xaensskar' series

All books by Jude Gray  ❯