by Diane and David Munson 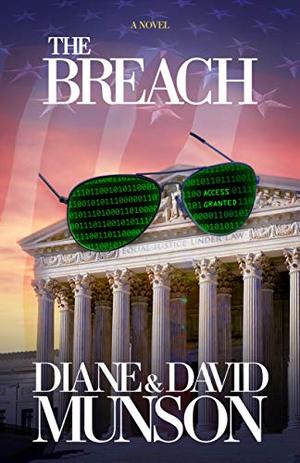 Joining forces again, Federal Agent Eva Montanna and FBI Agent Griff Topping battle against a domestic terrorist threat, until their personal information gets compromised. Are they being doxed? And if so, to what end? Eva's Christian faith and family relations are further tested as she and Griff plunge into investigating threats against U.S. Senator Cambridge Easton. When they uncover shocking allegations that the assigned judge is corrupt, it's a race against time to figure out the truth. But Eva's job demands are only the beginning, as she navigates a web of deceit when an intelligence breach impacts her daughter, her daughter's employer, and the employer's adopted Amish son. Who can they trust? Eva and Griff must fight crime and terrorism with their wits tied behind their back. Will they find out in time if the hacker is a determined foreign enemy, or someone with a personal vendetta against them? Eva Montanna is an ICE Special Agent, who along with FBI Special Agent Griff Topping, appear working as partners in the Munsons' other eleven other Christian Suspense thrillers. Each is inspired by actual cases and events from the authors' exciting and dangerous careers as a Federal Prosecutor (Diane Munson) and an NCIS, and undercover DEA Special Agent (David). The authors often say that David 'nailed them' and Diane 'jailed them'. Their books are companion books because the characters reappear in other novels, but each thriller "stands alone."
more
Amazon Other stores
Bookmark Rate Book

Similar books to 'The Breach'

The Breach
The Breach
All books by Diane and David Munson  ❯

Buy 'The Breach' from the following stores: