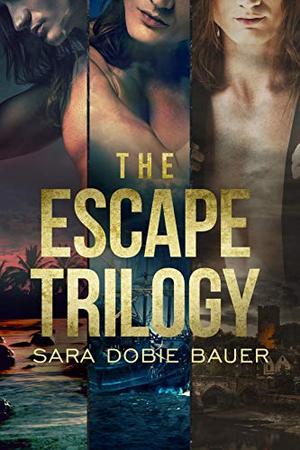 Andrew is an ancient immortal with dark history. Edmund is a human sailor with a thirst for both adventure and violence. Together, they build a love that could last centuries … if ghosts of the past don’t drive them apart.

Andrew is a vampire, exiled to an island as punishment for his bloodlust. During a storm, a ship crashes off shore. After rescuing a sailor from cannibals, Andrew becomes fascinated with his new companion, Edmund. Fascination turns to passion, but as cannibals creep closer—and as Andrew’s hunger threatens—can this vampire keep his human alive long enough to explore their newfound love?

Recently returned from exile, vampire Andrew and his beloved human sailor Edmund move to New Orleans where they search for an Elder who can make Edmund immortal. A frantic letter from London propels them overseas, but an accident puts Edmund’s life in jeopardy. Only an Elder can save him, if they can find one in time.

An Elder saves Edmund’s life at sea. Now a vampire, he can stand by Andrew’s side forever, but they must first visit Edmund’s ailing mother in England. The Elder shows an ominous liking to his new sire, while Edmund’s mother’s friend threatens them all. Andrew will do anything to keep Edmund by his side, but his most dangerous adversary may be Edmund himself.

Similar books to 'The Escape Trilogy'

Buy 'The Escape Trilogy' from the following stores: