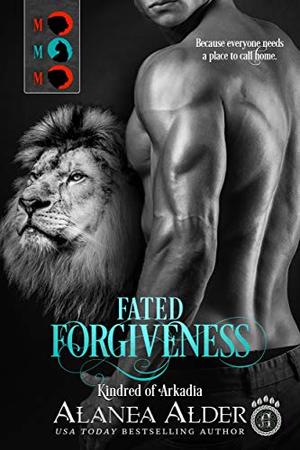 **Alanea's Note** This is a re-release of a previously published title. It has been re-edited and a bit more content has been added, but nothing that would change the story dramatically. As always thank you for your support! Enjoy!

Liam was devastated when he learned that the little cat Sebastian he had known for months was his mate and had been hiding the truth from him since they met. He has to overcome the pain of his past before he can accept a future with his mate. But will his mate forgive him for ignoring him when the truth came out?

Sebastian has lost hope that Liam will ever forgive him. He knows what he did was wrong, but the fear he had for getting hurt again overrode his good sense and he wounded his mate deeply. Will he be able to find a way to get Liam to see that he really does need him and earn his forgiveness?

Kent has been walking through life as a spectator. He is able to objectively review and work out problems that come his way with a level head and unshakeable nerve. He finds himself becoming the calm in the storm as his two mates try to come together. But will their history together leave him in the cold feeling like a third wheel or will the heat between his two men burn him alive? Can he forgive them their issues as he patiently helps mold them into a happy mating?

Will they be able to come together as a united front before the attempts from an old enemy destroys them?
more
Bookmark Rate Book
Amazon Other stores

The 'Kindred of Arkadia' series