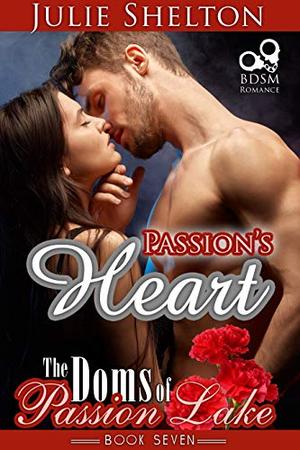 The instant former seal Julian Decker spots Kate Harper sitting in the National Gallery of Art, sketching the Botticelli Madonna, he knows she’s the one. The one he’s been seeking all his life. Gut-Punched, he finds himself returning every afternoon for the next week, hoping she’ll be there, trying to think of a way to approach her that wouldn’t scare her of. Or mak her think he’s a dork. But he’s running out of time. Tomorrow is his last day in D.C.
Kate Harper is equally gob-smacked by Julian. By Friday she’s terrified of never seeing him again. While she is trying to figure out a way to approach him, she is confronted by Joe Halliwell, the man who’s been stalking her for months.
When Julian overhears Joe’s angry threats , he doe the only thing any self-respecting , red-blooded Dom would do. He kidnaps Kate, whisking her away in a limo. The passion that flares between them threatens to incinerate them both. Needing to keep her with him, he treats her an evening on the town followed by a night of smoking- hot, bone- melting passion.
But Joe isn’t done . Incensed t being ignored, he goes to Kate’s house in the middle of the night a few days later, demanding to be let in. Frightened, Kate drives through a blizzard to get to Julian in Passion Lake. can he convince her to stay? And can he eliminate Joe from her life permanently? Without killing him, that is.
more
Amazon Other stores
Bookmark Rate Book