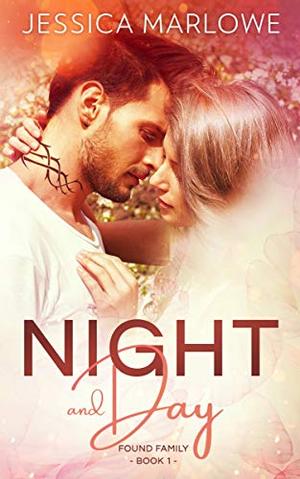 Don’t judge a person by their cover.

Eddie’s life sucks. Growing up with an abusive father, he believes all the lies that were beaten into him. At nineteen, his only plan for his future consists of how much damage he can inflict on himself before he’s freed from this life sentence.

Sheryl has it all: intelligence, beauty, wealth, and a bright future. Her parents are sure they know what’s best for her. But, in a few months, she’ll be eighteen. How will she know what she’s capable of if she isn’t allowed to make decisions for herself?

A chance meeting on a dark highway changes everything…

Sheryl sees past Eddie’s outer shell. He’s kind and thoughtful. And she can see he’s in pain. So much pain, but he awakens feelings in her that won’t be denied.

However much Eddie’s smitten with Sheryl, he won’t allow his life to infect hers.

Are they strong enough to fight for their future?

You’ll be sucked in by Sheryl and Eddie’s steamy, gritty, and triumphant story because Eddie looks like a bad boy, but he’s so much more.

~ Perfect for fans of intense, emotional stories with a side of humor, and friends who are family. ~

Content Warning: This story depicts the aftermath of childhood abuse. It contains memories in dialogue and narrative and references to suicidal thoughts, drug use, and past self-harm. It is a story of survival and dealing with the traumas to move forward.
more
Amazon Other stores
Bookmark Rate Book

Similar books to 'Night and Day'

The One
The One
(Lavender Roses #1)

With You
With You
(Rocked in Love #1)

All books by Jessica Marlowe  ❯

Buy 'Night and Day' from the following stores: