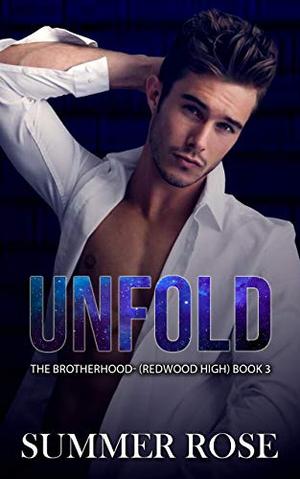 They must solve the mystery before it’s too late… for everyone.

After her father’s mysterious death, Katrina Dawson moved to the small and quiet town of Redwood.

Hoping to find some peace, she found anything but!

First, her classmates started missing… And then their murders were connected to her father’s death! Kat had to scramble to unveil the secrets that almost ruined her life…

After that harrowing incident, she once again foolishly thought life would become normal for her. But her mother’s new boyfriend had secrets of his own… And the twins who just moved to town proved to be much more menacing than anyone expected!

Luckily, Kat has made friends with four boys who were always there for her.

And although she’s been in dire situations that threatened her life twice now, none of them scared her as much as watching her best friend take a bullet for her…

Mason soon awakens and all seems to be well in the small town of Redwood.

But her romantic choices soon catch up with Kat… She has a fight with one of the boys, and now she has to make a choice that could change her life.

Will Kat be able to choose the right one for her?

How is this possible? Could she have seen it coming?

Kat is scared out of her wits, but once again she finds the courage to solve the mystery and save herself…

Will it be too late?

Will she be able to get herself and the mysterious stranger out of this bizarre situation?

Or will they fall victim to strange forces that seem to have made their home in Redwood?

Find out in Book 3 of the A Dark High School Romance The Brotherhood (Redwood High) series!