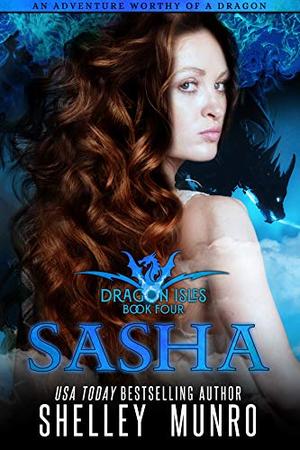 Out of options. Out of time.

Sasha, The Lionhearted, is the youngest child and only daughter of one of the main Perfume Isle clans. After Sasha rejects every marriage candidate presented to her, her frustrated parents organize a betrothal to Bruceous, The Businessman. He’s much older, and yuck! Worst contender ever. The notion of living with this bum-pinching, leering dragonman appalls Sasha.

Furious, she leaves to visit her best friend and never arrives. Her routine flight becomes an adventure when she breaks through the protective barrier surrounding the Dragon Isles. Now, she’s trapped on the mainland where humans supposedly persecute dragons.

Maxwell Lombardy is drowning under commitment. After his parents’ sudden death, he’s responsible for his much younger brother. Max’s grandparents have started legal proceedings to gain custody of his brother, and his busy job leaves him with limited time. The nanny option isn’t working either until he meets the gorgeous and mysterious Sasha.

Sasha needs a job and accommodation, and Max requires a fake fiancée to present to his grandparents and the court. Problems sorted, except for one slight difficulty. Sparks fly between the pair. Maxwell becomes as enamored as his brother, but his sexy fiancée harbors secrets, and when he discovers what they are—let’s say they have the potential to blast his house of cards apart with the force of dragon fire.
more
Amazon Other stores
Bookmark Rate Book

Buy 'Sasha' from the following stores: