There's Somethin' About Love: A Novel 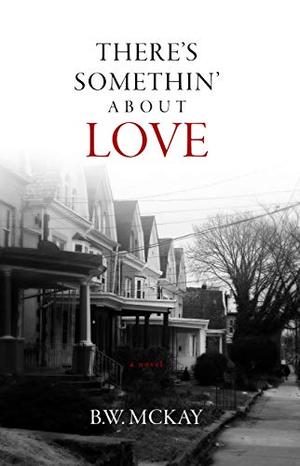 Sometimes the things we run from, are the very things we need the most.

Dexter Williams has big dreams. Born to working-class folk on Philadelphia's Westside, Dexter has never forgotten the sacrifices his parents made. Caught in the crossfire of their hopes for him, and his own destiny, he reluctantly follows the path they’d set for him.

Six years after becoming the first in his family to graduate from college, Dexter is scraping by in a dead-end corporate accounting job. While frustrated with life and flirting with failure, Dexter meets Makena Washington, a young vivacious queen whose confidence, optimism, and charismatic nature is hard to ignore.

Their friendship blossoms at a time when Dexter questions if love is really worth a second chance. Fearing love would only get in the way of his complicated life, he finds himself in a tug o' war of the heart. After a sudden string of troubling circumstances, Dexter is on the verge of giving up on himself and his dreams.

Similar books to 'There's Somethin' About Love: A Novel'

More books like 'There's Somethin' About Love: A Novel'   ❯

Buy 'There's Somethin' About Love: A Novel' from the following stores: