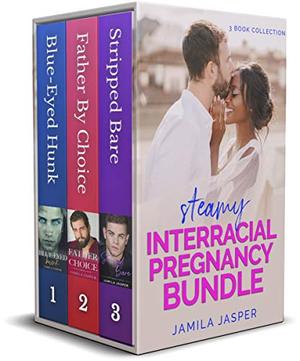 Imani is the new African-American girl in small town Oklahoma.
Ajax is the sexy, white rancher tasked with helping her settle into town.
Ajax looks at her like he wants to rip her clothes off but Imani has sworn off men forever -- especially suave alpha males like Ajax.
Not even Imani can resist the lean, muscular cowboy, no matter how badly she wants to say "no".

The night Blue Summers met Damon, everything seemed to be going wrong.
Falling into his arms was easy - too easy for a girl who had sworn off men for good.
Blue discovers that Damon is her biggest political rival, but getting rid of him won't be so easy now that she's carrying his child.
As the run for office gets tougher, Blue finds it hard to deny that her feelings for Damon are getting as hot as the race itself.

African-American business woman Samara "Sugar" Wilson isn't looking for love.
The sexy, muscular and mysterious Storm Jarvis isn't looking either.
The results of an explosive night of passion force them to deal with each other far longer than they're willing.
They can't ignore the tension between them even if they try... After getting naughty all over New York, Storm is forced to accept that he wants to claim Sugar as his and his alone.
Will their fear of commitment get in the way of them realizing they're fated to be bonded for life?

All books by Jamila Jasper  ❯