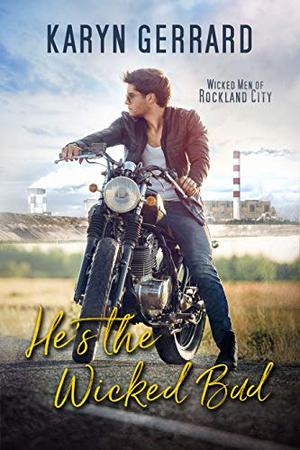 Dark and brooding, Nick Crocetti was labeled a ‘bad boy’ from the moment he arrived in Rockland City. Now the owner of the bar, The Chief, whispers of criminal dealings and a murky past still swirl around him. Being alone suits Nick, until his high school fantasy enters his life once again.

Veronica Barnes is leaving behind a disastrous marriage along with her high-paying consulting career. Returning home, she is determined to follow a lifelong dream of opening a bakery. Meeting her secret high school crush, ‘the wicked bad’ Nick, stirs up her emotions in ways she never imagined.

Despite the mutual physical attraction—past and present—Nick and Veronica are wary, and, even though they would never admit it, —lonely. Breaking down the barriers of past heartbreak seem insurmountable, especially when the intimate bond moves toward something neither counted on—nor wanted. Acknowledging their feelings may be more than they bargained for.

Buy 'He's the Wicked Bad' from the following stores: