Leaving Out Love: An Enemies to Lovers, Small Town Romantic Comedy (The Love in Short #4) 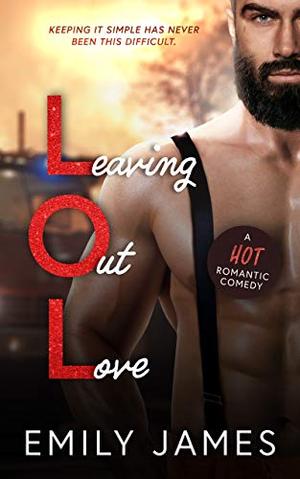 Crashing into his motorcycle was a big mistake.

Now I’m his new ride and his roommate.

In case you haven’t heard, Carter Williams is a miserable, sexy bastard who just happens to be my new roommate.

He’s so frustrating with his sharp tongue, hard abs and tempting good looks.

We argue every day and it’s making the tension unbearable.

We’re just roommates. Except I killed his Harley and now he’s making me drive him everywhere while he drives me up the wall.

I’m only in town for three months. I can put up with him that long, right?

Florence Harper is a free-spirited hottie with her head in the clouds.

We couldn’t be more different.

She pushes all my buttons.

But damn if she doesn’t have the sweetest mouth I ever tasted – when she’s not cussing at me.

To help my friend, I’m putting up with her for three months.

After that she’s gone.

No way I’m getting attached to her.

Can they keep things simple?

Or will their roommates with benefits agreement go up in flames?
more
Amazon Other stores
Bookmark Rate Book

The 'The Love in Short' series

Buy 'Leaving Out Love: An Enemies to Lovers, Small Town Romantic Comedy' from the following stores: