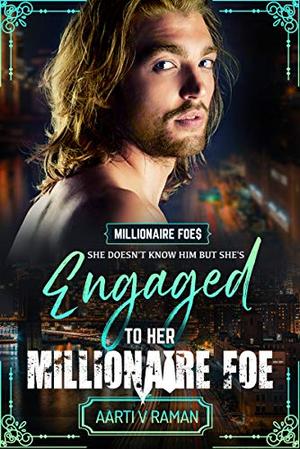 As Head of PR, it is Mason's job to keep the multi-billion family business scandal-free.

But, this British bad boy has a problem!

The paparazzi hound his every move - from messy breakups to the boardroom - ever since one anonymous gossip columnist set up shop in Manhattan.

So Mason comes up with a genius plan to clean up his image and get the blogger off his back.

Propose to the first 'eligible' woman to cross his path.

He doesn't expect her to be a sweet, tempting baker.

Shruti Merchant did not think fighting for her dream meant protesting Tarrant Inc.

Not run over a man she wants to take a bite out of, like he's the last motichoor laddoo cookie.

Mason needs a temporary fiancée and Shruti needs the enemy's grandpa to listen to her. So they strike an unholy deal.

Pretend to be engaged to each other.

Keep their hands off each other.

But some deals are made to be broken, aren't they? Especially when the reward could be happy ever after...
more
Amazon Other stores
Bookmark Rate Book

Similar books to 'Engaged To Her Millionaire Foe: A Hot British Billionaire Enemies To Lovers Romance'

Buy 'Engaged To Her Millionaire Foe: A Hot British Billionaire Enemies To Lovers Romance' from the following stores: