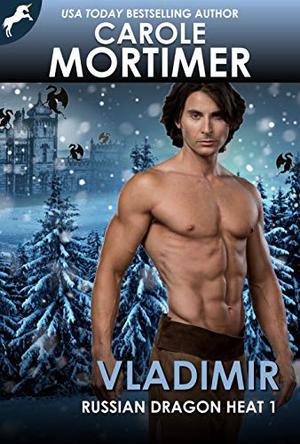 The Russian Dragon series you’ve all been asking for!

At a thousand years old, Vladimir is the eldest of the seven remaining dragon shifter Romanov brothers. Having lived all those years with the hope of one day meeting his fated mate, he can’t believe it when he realises his mate is the female dragon hunter who tried to kill his brother, Vaughn. Not only can’t Vladimir believe it, he fights against accepting it.

Tanya holds all of the Romanov brothers responsible, not only for the deaths of her parents ten years ago, but because she and her brother were afterwards sent to one of the notorious Russian orphanages to survive as best they could.

After months and years of planning, Tanya is devastated when her attempt to kill one of the fierce Romanov dragon shifter brothers is unsuccessful. Instead, she once again finds herself incarcerated against her will, this time at the Romanovs’ winter palace, as she waits to learn her fate.

Tanya knows nothing of a dragon shifter’s fated mate, but she certainly has no intention of ever becoming that to the arrogant and cold Vladimir Romanov.

Other books by Carole Mortimer:

All books by Carole Mortimer  ❯

Buy 'Vladimir' from the following stores: