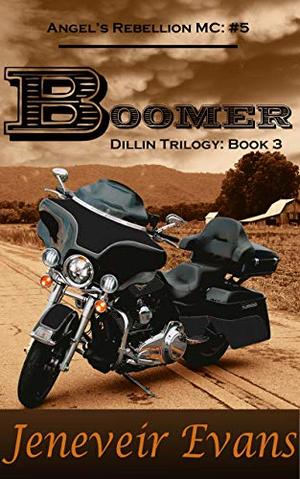 My name is Slade Wesley Dillin, but I go by Boomer. The Army has been my home for the last thirty-one years of my life. I had planned on being there until they kicked me out. It's basically all I've ever known.

I have two sons that I am extremely proud of, Cas and Zane. Both had followed in my footsteps and joined the military. Cas followed me into the Army. Zane chose the Navy. Unlike me, neither remained in the service. Both had planned on making a career of the military, but it didn’t turn out that way. One of Cas's Delta missions went FUBAR, leaving him with demons to fight. Zane hadn't liked the way his SEAL team missions were handled. Each had his reason for signing his discharge papers. And it might sound unpatriotic, but I'm glad they did.

I've always heard that a single moment can change your life. One phone call from Cas, not only changed my life, it completely shattered my foundation. He gave me news that not only rocked my world, but made my life come full circle. I learned how one small piece of paper and the wind could take away a dream and a family. Join me as I continue with the journey that one phone call evoked.

Note: This book is intended for mature audiences only. It includes sexual situations, biker slang, strong language, sexual assault, abuse, PTSD, violence and illness. The Trilogy focuses on three of the four Dillin men introduced in the books and their stories, none of the books are entirely dedicated to one couple but a continuous story that covers the couples in all three books. They are not standalone books. They must be read in order.
more
Amazon Other stores
Bookmark Rate Book

All books by Jeneveir Evans  ❯