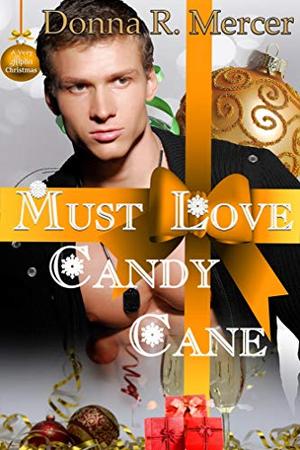 A dog attack, a hot woman, and a scorned Ex. Griffin will never look at the grocery store in the same way.

After breaking up with his latest girlfriend, Griffin was looking forward to a quiet dinner at home with his dog. The last thing he expected was a close encounter with his Ex on bread aisle. Can we say “Stalker Much?” In a quick attempt to get rid of her he claims a perfect stranger as his new love interest.

Tendai Abram only stopped at the store to pick up a few items before heading home with her dog, Candy Cane. She was pretty sure a younger man was not on her grocery list, but when a handsome stranger kissed her and called her darling, she was enough of woman to know a hot opportunity when one fell into her shopping cart.

Griffin claim of Tendai as his girlfriend set off a chain of events that he never expected. How did one simple kiss make his life so complicated? Now he had to convince a perfect stranger to continue on as his pretend girlfriend through the holiday. The only problem is… Griffin didn’t want it to be just pretend he wanted it to be for real.

Can he deal with the problem of his Ex and still end up on with Tendai under his Christmas Tree?


This is a standalone novel that is part of A Very Alpha Christmas Season 2. Get all the books in the collection and enjoy an alpha for the holidays.

All books by Donna Mercer  ❯