The Rising Tide (The Coalition #2) 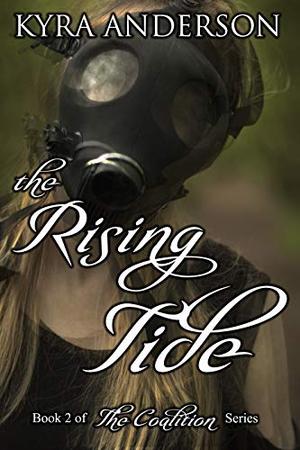 The extremism in America has gone too far, and Amelia Grant has decided to fight for justice and change the predatory laws of post-revolution America. But the battle has only begun.

Amelia has a lot to learn about being part of The Coalition, but the only way to learn is on the job. She finds herself taking part in rescue missions, sabotaging the Central Government, and smuggling people across the border out from under the oppressive rule of Central. But while she learns the ropes, Central has been learning about the Coalition, too.

The group of rebels soon find their families targeted by the terrifying Commission of the People, leading to drastic changes within the Coalition. Amelia must say goodbye to the city she has always known and bring the fight right to Central. In the lion’s den, it’s kill or be killed, and Amelia must adapt to the barbarity of Central. But the fight for change may lead the Coalition to treacherous actions that could turn the entire country against them.
more
Amazon Other stores
Bookmark Rate Book

The 'The Coalition' series

Similar books to 'The Rising Tide'

Buy 'The Rising Tide' from the following stores: