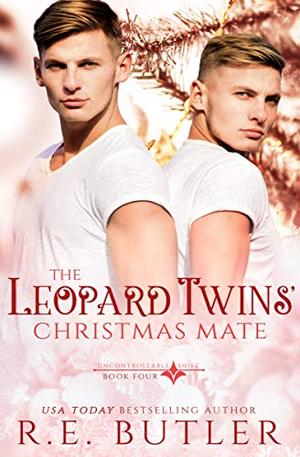 When Sasha Florentine agrees to help out her best friend’s catering business by filling in as a waitress for a dinner party, the last thing she expects is to see two of the four members of the band shift into huge leopards! She drops her platter and hightails it out of the ballroom, but the pounding paws echoing behind her tell her just what she needs to know—they’re coming for her! The question is, what will they do when they get her?

Twin were-leopards Hyde and Seek Sanders are feeling the need to find their mate and settle down. The one thing they’re both asking for this Christmas is to find a woman willing to be with two males at the same time. Hyde—the more optimistic of the two—believes they’ll find her when the time is right. But Seek is anything but positive that’ll happen. They’re twenty-eight, and according to their parents, should’ve settled down and given them grandcubs already. When their band Furred Wrath takes the stage for a Christmas Eve party—they both feel connected to a female in the room. Unable to control their shifts, their clothes tear off and they’re in the fur, desperate to find the female who called their beasts.

Sasha’s cornered in a stockroom by two leopard shifters. But while they’re positive Sasha is the one for them, their conservative leopards-only parents and clan are dead set against a human being in their midst. Hyde and Seek aren’t willing to let Sasha go for anything, even if it means splitting their clan as their people take sides to fight for the right to mate whoever they want. They didn’t mean to start a revolution, they just wanted to find their true mate.
more
Amazon Other stores
Bookmark Rate Book

Buy 'The Leopard Twins' Christmas Mate' from the following stores: