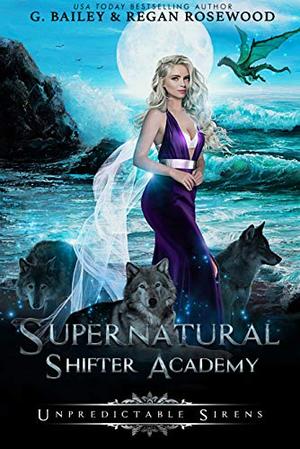 The academy has taken my powers...and what use is a powerless shifter in a supernatural academy?

The academy hunters chasing us, we have to search for Edith and find out how to get my powers back before it’s too late. When I first got my powers, I never thought for a second I’d miss them as much as I do.
Or how weak I actually am without them.
When humans with supernatural powers start appearing and attacking us, finding Edith is going to be harder than it looks. But I’m not alone.

Falling in love, fighting evil and hiding from the academy was a lot easier with powers.

18+ Reverse Harem Romance which means the main character will have more than one love interest.
more
Amazon Other stores
Bookmark Rate Book

All books by G. Bailey  ❯