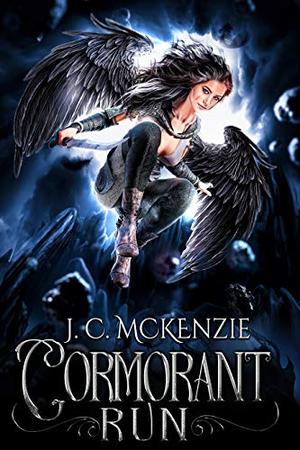 Nobody crosses the Carrion Channel.

As a messenger for the Eyrie’s spymaster, Cora regularly braves the dangerous passage infested with sea monsters to reach a land filled with vicious arrow-toting humans.

As if her job wasn’t hard enough, she’s now responsible for escorting the arrogant heir of the Eyrie across the treacherous stretch of water. Prince Ronin needs to broker a truce between two feuding realms and Cora needs to keep her former crush alive without throttling him or revealing the key to her success.

With everything she holds dear on the line, Cora needs to succeed, but Ronin seems intent on pushing all her buttons and someone else appears determined to sabotage their plans. In a land filled with unknowns, Cora is only sure of one thing: she’s not the only one with a secret.
more
Amazon Other stores
Bookmark Rate Book

All books by J.C. McKenzie  ❯