More, by All Mores 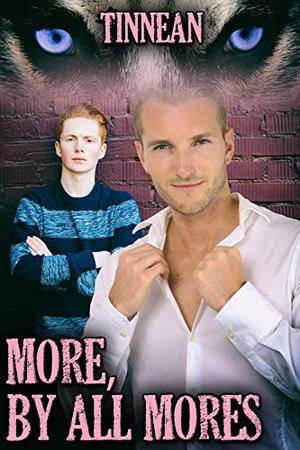 All the Honorable St. John Ashford ever wanted was his father’s love, but if he can’t have that, he’ll settle for being noticed. In an effort to do that, St. John sets his sights on Andrew Dorincourt, a man for whom the Viscount has nothing but disdain. Surely this will draw his father’s attention? Unfortunately, while Andrew seems willing to date him, he appears entirely disinterested in anything else. St. John knows it’s just a matter of time before all his plans going up in smoke, especially when Andrew becomes attracted to an exotic young man he rescued from Malossini’s House of Oddities.

Robin Dorincourt is something of a playboy who enjoys nothing so much as flitting from one boyfriend to another. He doesn’t poach, though, and when he finds himself attracted to St. John Ashford, he does what he can to keep a healthy distance between them, using taunts and teasing. It’s difficult, until he realizes his brother is in love with someone else. Robin’s path toward St. John is clear, and he makes his move.

But is his path as clear as he imagines? St. John might be as attracted to Robin as Robin is to him, but he’ll be damned if he allows himself to be passed from one brother to the other as if he’s nothing more than a poor second choice. Now it remains is for Robin to persuade St. John he’s no one’s second choice.
more
Amazon Other stores
Bookmark  Rate:

'More, by All Mores' is tagged as:

Similar books to 'More, by All Mores'

Buy 'More, by All Mores' from the following stores: