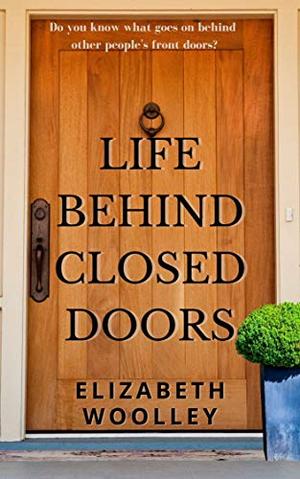 Do we really know what happens behind other people’s front doors? After an unpleasant event in her parish in Liverpool, Grace Bennett takes a job in the quiet Oxfordshire town of Swinbury as the vicar of the local church. The Bishop thinks it will be the ideal place for her to recover her confidence and forget what happened in her earlier post. Little did they know the dramas she would encounter.

One by one, the characters who make up some of the townspeople are revealed to us. Some are native born; others arrive to be with friends and family in the town. We meet a retired British journalist—a former foreign correspondent, who grew up in the town and had a difficult childhood there—and her lover, an American man who was once a member of the US Special Forces, and subsequently became a war photographer; a teenage couple, still at school, who meet tragedy at an early stage in their lives; a female murderer, now released from jail; a local builder who falls in love with her; a US former soldier who comes seeking revenge against the man he thought had abandoned him behind enemy lines; his daughter, a New York student, who loves him, no matter what; a woman who turned to drink after her daughter was killed; and a young woman whose life is transformed by a heart transplant. These characters, and a few minor ones, exist in isolation, until they are gradually drawn together as events unfold.

This is a slow intermingling of people whose lives are more unusual than you might think. They contain love, loss, happiness and tragedy. But then, knock on the doors of houses near you. You may uncover just as many fascinating stories behind closed doors. Their stories will warm your heart.
more
Amazon Other stores
Bookmark Rate Book

Buy 'LIFE BEHIND CLOSED DOORS' from the following stores: