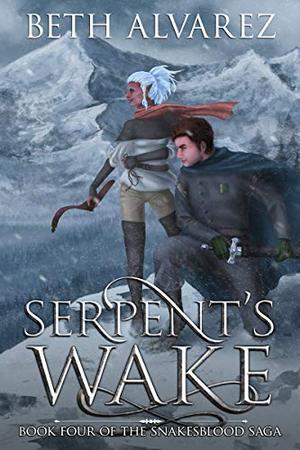 Magic could save them, or it could destroy them all.

Without his power, Rune is nothing. Stripped of his magic by the mages he trusted, the army in Aldaan is left outmatched and surrounded by the enemy. Only one thing lets him sustain hope: the promise of returning home.

But Elenhiise fares no better. As riots erupt in the capital city, Firal must balance her control over the city with her newfound power over their long-time enemy. Bringing them together means triumph over starvation, but unity comes with a heavy price. Which dreams must be sacrificed in the name of peace?

While strife rocks the island, the Archmage’s health begins to fail. He’s forced to name his successor, knowing the choice he makes holds the power to save magic—or completely destroy it.

The adventure continues in Serpent’s Wake, the fourth book in the Snakesblood Saga.

All books by Beth Alvarez  ❯