Living with the lies you told : Reloaded 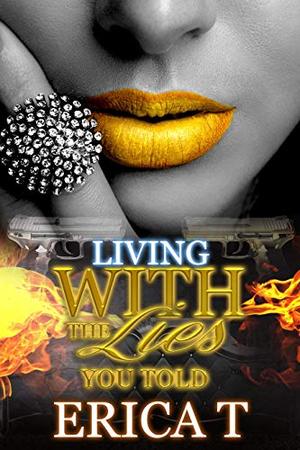 Growing up with a hoe for a mother can be a hard struggle for some, but for 17-year-old Mahogany it only made her push harder. When an unknown relative of Mo's comes and rescues her from the life and lies that she has adapted to, her life will soon change for the better, or so she thinks.

Tez has never had a relationship with his mother and doesn't plan to, but when he makes it his business to remove his sister from the evil hell he calls Tori, problems come looking for him around every corner. Will he be able to overcome all the lies and betrayal that are put in his way, or will he fall victim to his enemies?

Dion has always been a man with plenty women, but when he least expects it, love finds its way into his heart and he can’t deny it. All he wants to do is protect what he loves, but at what cost is he willing to go for his one true love.

Demetrius is the man with a heart. When he thinks he's ready to settle down, he finds out the secrets and lies in his love life that make him run into the arms of another woman. Will she be the perfect match for him, or will his heart fail to let him commit again?

Take a trip down the steaming trail of lies and betrayal that these characters have been living through. Will they ever make it to that happy ending that they’re all looking for, or will they continue to live with the lies they've been told...

Similar books to 'Living with the lies you told : Reloaded'

More books like 'Living with the lies you told : Reloaded'   ❯

Buy 'Living with the lies you told : Reloaded' from the following stores: