Monopolize Me (The New York #1) 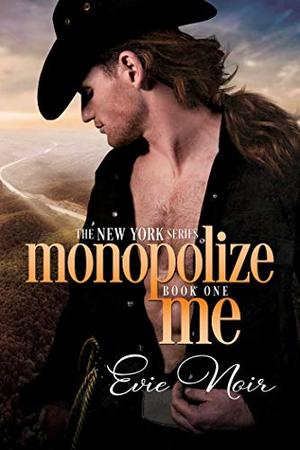 Explicit material intended for mature audiences only. Read at your own risk. Trigger warnings posted below.

Dakota Allison thought he could live out his life as a dairy farmer in rural Kentucky; but his father had other plans. Blackmailed and scared, Dakota finds himself lost in the chaotic whirlwind of Manhattan as next in line to run his father's Wall Street company, crushed with pressure to be someone that he never asked to be... At least until he meets Lirio De Luca.

Lirio De Luca’s sole purpose in life has been making his business succeed. Growing up on the streets of Brooklyn left Lirio with the scars, smarts, and cutthroat mentality required to survive and thrive as a CEO on Wall Street. Naïve to how much they are both putting at risk, Dakota craves to be ever more entangled with his star-crossed lover because finding himself in a forbidden lifestyle with extreme tastes pays out better than staying lost in New York.

Both men flirt with total career suicide if their romantic ties are discovered. Lirio struggles to balance his filthy business ways and an honest relationship with Dakota, all while pushing his company to be the global leader. Between publicly humiliating Dakota during the day and dominating him as his submissive behind closed doors; he might just monopolize Dakota in the process.

Dakota has to leave more than just past behind if he ever hopes to please both his father and Lirio. As he grows, Dakota finds purpose in his transformation and learns that kind words and a gentle hand can be as effective as a whip and a ball gag.

The New York Series is written as a continuous three-part story as follows:

Trigger warnings and spoilers: As a series, this story tackles many themes of pain, abuse (sexual, physical, psychological, and emotional; both in childhoods and present day), BDSM, angst, trust issues, fears of mortality, societal rejection, self-development, homophobia, toxic-masculinity, misogyny, capitalistic corruption, anarchy, police brutality, and classism. This series contains a parasuicidal attempt, teen pregnancy, mature language, drug use, alcohol abuse, adult content, adult themes, and active descriptions of graphic sex scenes including two or more people, and yes, my friends, there will be watersports scene in its full, unadulterated glory in Book 2. Book 1, Monopolize Me, ends with a cliffhanger and in Book 2, Monopolize Us, the story picks up where the last ended. The series ends with a Dakota making a grueling sacrifice to leave his past behind, including lovers, in order to step into the future of his choosing, because happily ever afters for one person, sometimes come at the cost of another. 18+ only. You have been warned.
more
Amazon Other stores
Bookmark Rate Book

The 'The New York' series

Similar books to 'Monopolize Me'

All books by Evie Noir  ❯

Buy 'Monopolize Me' from the following stores: