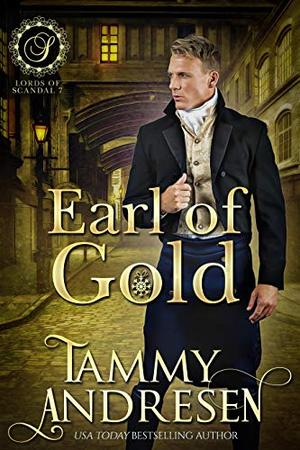 Why did he need love if he had gold?

The Earl of Goldthwaite had spent his entire adult life accumulating wealth. It was his life’s goal to never end up as his father had, penniless and rotting in some debtor’s prison. He has no time for such silly notions as love or romance. When he eventually marries, he’ll find a nice heiress to increase his holdings. But then Miss Penny Walters waltzes into his life; he knows she’s all wrong for him. As poor as her name implies, she’s nothing that he wanted. Just another woman attempting to part him from his gold. So why can’t he look away?

Who needed gold when her heart was rich with love?

Penny’s life had been charmed; at least, she’d always believed so. Though her parents had little assets, they’d had enough to be comfortable, and their home had been rich with affection. Which was how she’d determined to live the rest of her life. With her whole heart. Her first task was to open an orphanage in a poor London neighborhood. One that would give back to the community. The problem? She needed a loan to make her dream come true. And the one man she might be able to ask for such a sum was…

The miserly Earl of Gold.

It filled her with sick dread, but what choice did she have? What she never expected was to find herself drawn to such a man. He’s nothing that she ever wanted and everything she wished to stand against. But the longer she knows him, the more she wonders… Is there a soft heart under that hard-shiny veneer of gold?


Earl of Gold is a bridge between the first and second round in the Lords of Scandal series. You can find the first round for sale on Amazon:

The second round is coming very soon.

The 'Lords of Scandal' series

All books by Tammy Andresen  ❯

Buy 'Earl of Gold: Regency Romance' from the following stores: